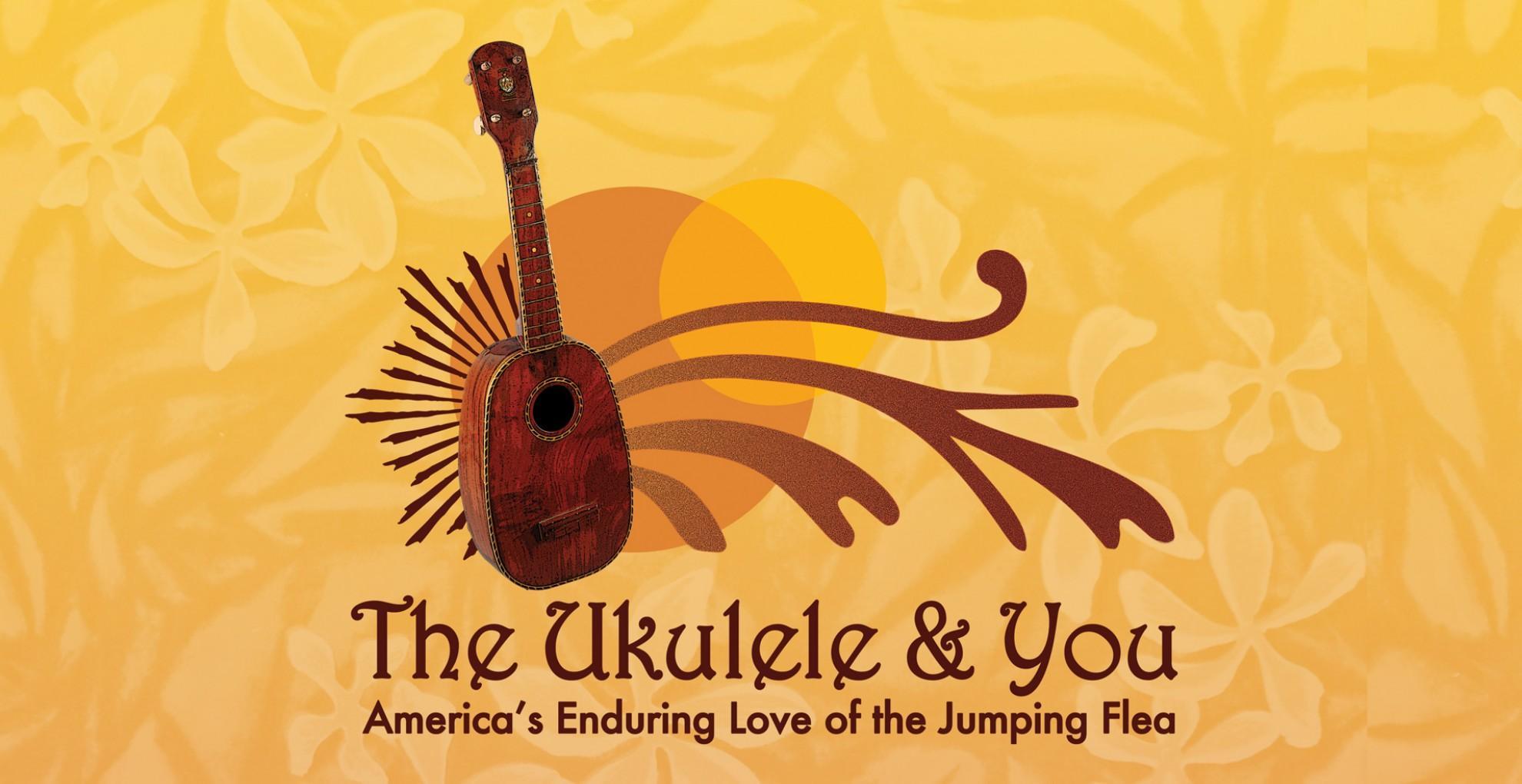 "A Tradition in Hawaiian Music: The 'Ukulele," perhaps the earliest modern exhibit of historic ukuleles, was mounted at the Bernice P. Bishop Museum at Honolulu, Hawaii in 1980 to commemorate the one-hundredth anniversary of the arrival of the Madeiran craftsmen who made the first "jumping fleas" in the Islands. Featuring instruments from the collections of the Bishop Museum and Leslie Nunes, a descendant of ukulele pioneer Manuel Nunes, the exhibit ran for seven months and was memorialized with a modest typescript catalogue printed on a folded legal-sized sheet of paper. Compelling textually for the time, it was—unfortunately—not illustrated.

In September, 1993 the Honolulu Academy of Arts presented "Extraordinary Ukuleles: The Tsumura Collection from Japan," an exhibit that displayed the noteworthy collection of Akira Tsumura but ran less than four weeks. A beautifully illustrated, full-color catalogue was produced comprised of twenty-two pages printed on coated stock. Regretfully for posterity, the accompanying text did little to illuminate the pictures. Other, recent exhibitions on the East and West coasts have produced no catalogues at all, understandable considering the prohibitive costs of photography, preparation, printing, warehousing and distribution.

The Museum of Making Music's exhibit, "The Ukulele & You: America's Love Affair with the Ukulele," was also destined to become just a memory until one passionate collector, Geoff Rezek, stepped up with a monetary gift to enable production of an online catalogue, thereby negating many of the costs associated with traditional print media. However, it should be noted that, like its predecessors, this catalogue is imperfect since it was not part of the plan from the exhibition's inception. Timing played an important role in what is presented here: because the grant was offered after the exhibit closed, many of the instruments had already been returned to their owners and were not photographed. What is left is like found art.

It's necessary therefore to judge the online catalogue on its own merits; any perceived deficiencies are likely to arise only in the minds of those persons who saw the physical installation in Carlsbad. It is neither a chronicle of a definitive historical exhibit nor a sampling of exquisite hand-made one-offs. While the original show contained elements of both, it concentrated mainly on mass-produced instruments marketed to the American public beginning in 1915. The online catalogue preserves this core component and for the first time includes detailed front, back and side images of the collection along with physical descriptions, attributions and probable dates of manufacture.