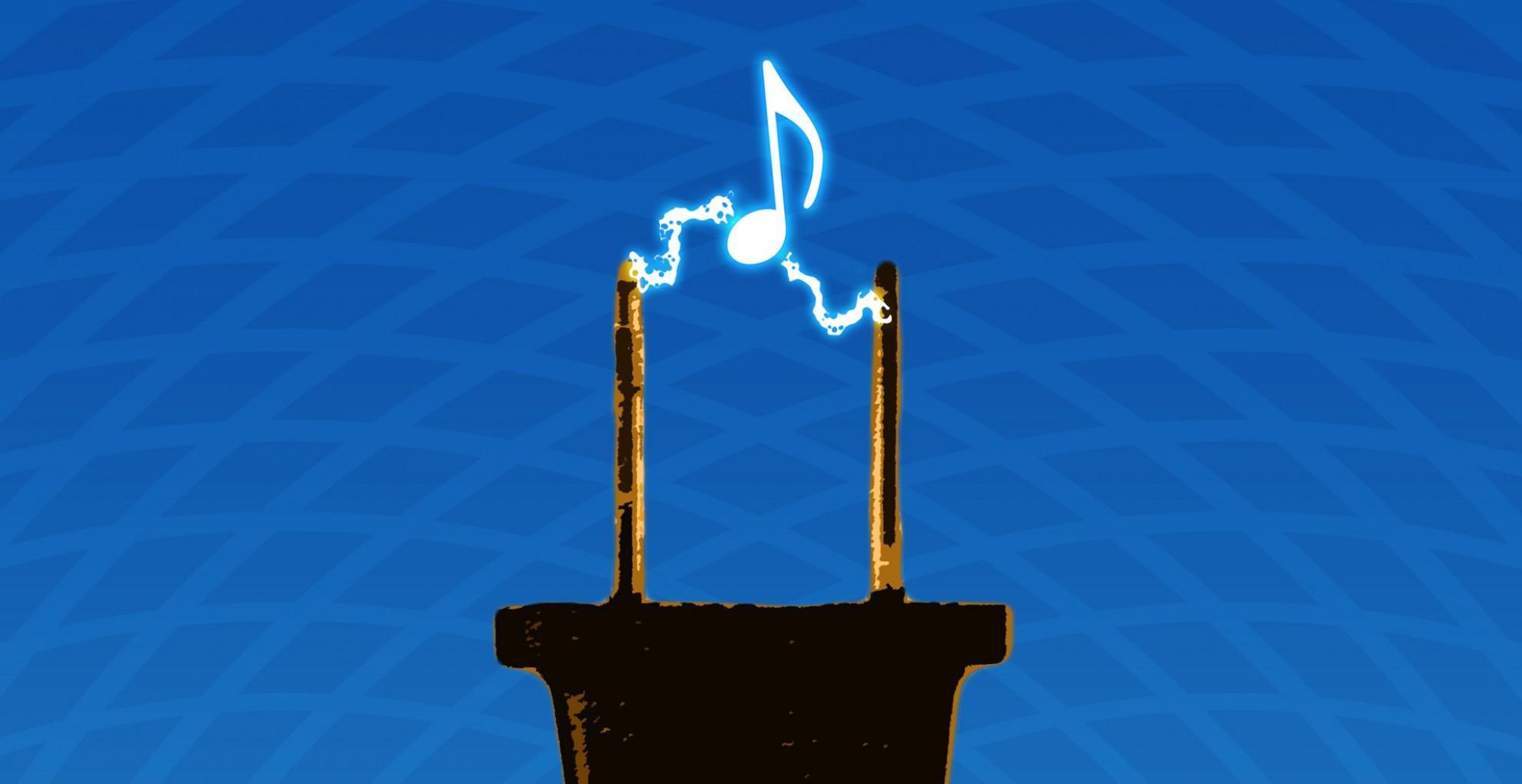 ON! The Beginnings of the Electric Sound Generation

Today’s stringed instruments, soundboards, and organs often rely on electric energy and circuitry in the generation, control, and manipulation of electronic sounds and tones, and in the production of special effects. Such usage of electric power was unthinkable, however, until the end of the 19th century when innovators such as Thaddeus Cahill and Leon Theremin first thought to tame electric energy and transform electric currents into musical sounds. Their early example inspired many thinkers and musicians throughout the 20th century to experiment with the conversion of electrical energy into sound waves, as well as with increasing volume and achieving a sustained and pleasing tone. As a result of several major breakthroughs such as the development of electric pickups, sound amplifying systems, and the tone wheel, electric instruments gradually gained recognition and acceptance as reliable musical tools. They appeared at the center of fresh music styles and techniques, and came to prominence in rock and roll, jazz, and blues.

ON! The Beginnings of the Electric Sound Generation focuses on the period between 1900 and 1965 when innovative thinkers such as Thaddeus Cahill, Leon Theremin, Lloyd Loar, Adolph Rickenbacker, George Beauchamp, Laurens Hammond, Alvino Rey, Leo Fender, Les Paul, and Paul Bigsby, worked to harness electrical energy to produce sounds and tones in a variety of electric and electro-acoustic musical instruments. Inspired by the advances in science and technology of the late 19th century, these innovators could see that electric sound production opened up vast array of new sound possibilities which could easily combine with the traditions of counterpoint, harmony, and rhythm. Ultimately, through the work of these and many others, the world witnessed the birth of new sounds and tones. And musicians, in addition to gaining a new sound palette, also gained the tools to carefully control their volume, to define their own sound and tone, and to achieve their own musical voice.

The exhibition presents rarely displayed examples of “firsts” in electrified instruments. Of special note are numerous examples of iconic electric guitars showing a cornucopia of design ideas for electric pickups, volume and tone controls, bridges, tailpieces and tremolo arms, as well as instrument shapes and the incorporation of new materials. These electric and electro-acoustic guitars are displayed alongside other “firsts” including an electric zither, banjos, violins, basses, keyboards, and amplifiers, thus demonstrating how the new technology was applied to many instrument families. In addition, the exhibition shows the development of electric pickup technology as well as the techniques for gaining control over sound and tone through amplification, recording, and special effects such as tremolo, reverb, and echo. By exploring the intersection of technology and music through the invention and diffusion of electric guitar, the exhibition shows how the desire to crank up the volume ultimately led to the creation of a new sound.