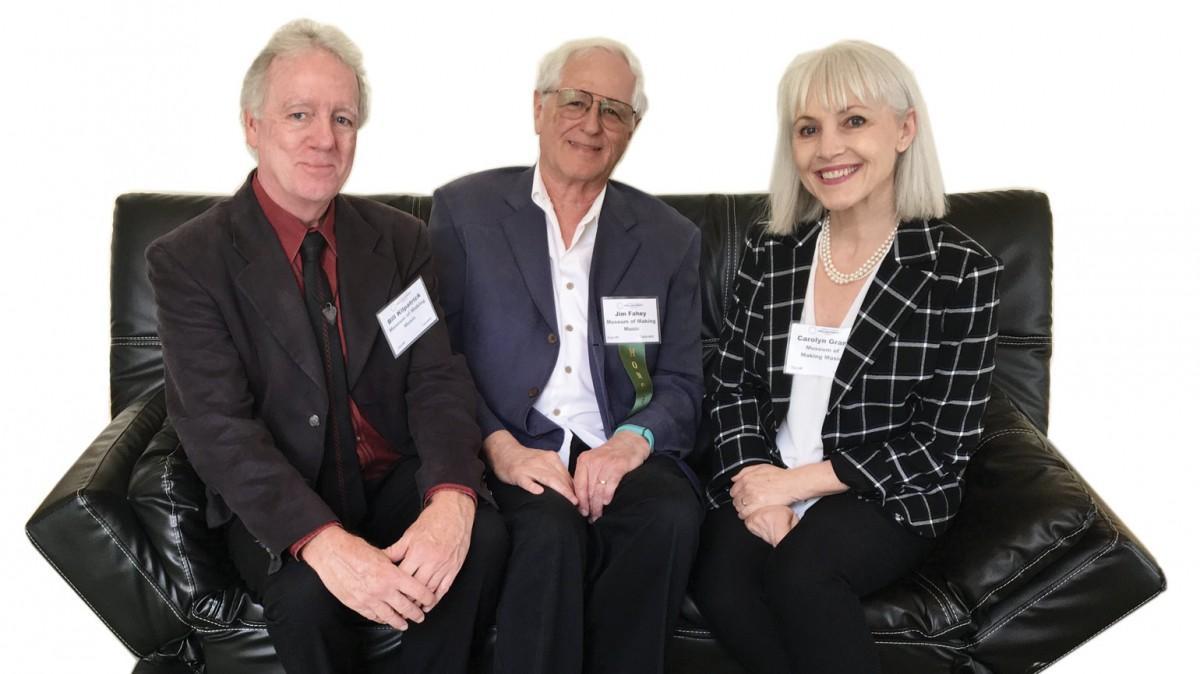 Volunteers: The Heartbeat of the Museum

Giving. It’s a word we hear quite a bit during this time of year. The saying “It’s better to give than receive” feels true for all of us. Who among us has not felt that positive, emotional “rush” when giving freely, be it time, talent, money or simply a helping hand?

Our volunteers at the Museum of Making Music experience that joy of giving on a daily basis: their gift of service is immeasurable; their interaction with the Museum’s wide array of guests is invaluable; and their flexibility (and willingness to adapt) keeps our daily operations moving smoothly. Simply put, our volunteers are the heartbeat of the Museum!

Each year, the Museum of Making Music honors one of its own at the annual North County Philanthropy Council’s Volunteer of the Year Awards Luncheon. Nominating just one recipient for the award is always a tough decision to make, as each and every one of our volunteers gives so much. To us, they are all worthy of the award. But the Museum gets to nominate only one person… and when the staff met to discuss the issue, one name quickly came to everyone’s mind: Jim Fahey.

In little more than a year, Jim has given over 500 hours of volunteer time to the Museum, working in several capacities: store clerk, Visitor Experience Specialist (attending to guests in the galleries), and host at Museum concerts. His attention to detail and appetite for learning combine to bring forth the elements one looks for in a museum volunteer—a knowledgeable source who readily shares the information he has learned with our ever-changing flow of daily visitors.

Jim also received the Museum’s Above & Beyond award on June 24, 2017. As the title suggests, this award is given to those who go above and beyond the scope of one’s normal volunteer duties. Did he ever! Jim created a computer-generated visual effect that tracks audio signals. In a beautiful display, his effect was coupled with a live performance by the Museum’s New Horizons Band, creating awe-inspiring animation projected on a screen above the band as they played. Jim also generously offered a workshop to his fellow volunteers to show them how to create this effect on their own computers.

In 2017, Jim and his fellow volunteers served a total of 8,528 hours. Now that’s truly the Spirit of Giving!