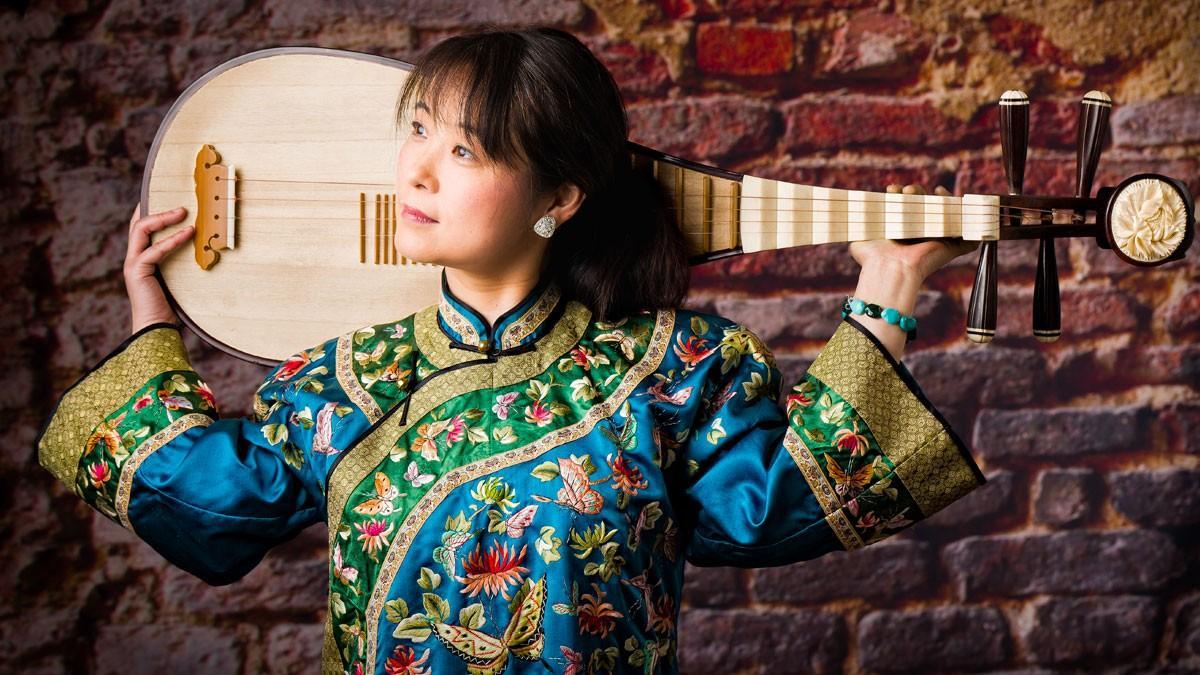 Recognized as the world’s premier pipa virtuoso and leading ambassador of Chinese music, Wu Man has carved out a career as a soloist, educator and composer giving her lute-like instrument—which has a history of over 2,000 years in China—a new role in both traditional and contemporary music. Through numerous concert tours Wu Man has premiered hundreds of new works for the pipa, while spearheading multimedia projects to both preserve and create awareness of China’s ancient musical traditions. Her adventurous spirit and virtuosity have led to collaborations across artistic disciplines allowing Wu Man to reach wider audiences as she works to break through cultural and musical borders. Wu Man’s efforts were recognized when she was named Musical America’s 2013 Instrumentalist of the Year, marking the first time this prestigious award has been bestowed on a player of a non-Western instrument.

Having been brought up in the Pudong School of pipa playing, one of the most prestigious classical styles of Imperial China, Wu Man is now recognized as an outstanding exponent of the traditional repertoire as well as a leading interpreter of contemporary pipa music by today’s most prominent composers such as Tan Dun, Philip Glass, the late Lou Harrison, Terry Riley, Bright Sheng, Chen Yi and many others. She has been featured on PBS NewsHour with Jim Lehrer and in 2011 she was the first Chinese musician featured on NPR’s Tiny Desk Concert series. She was awarded The Bunting Fellowship at Harvard University in 1998, and was the first Chinese traditional musician to receive The United States Artist Fellowship in 2008. She is also the first artist from China to perform at the White House. In 2015, Wu Man was appointed Visiting Professor of three major Chinese conservatories: the Shanghai Conservatory, her alma mater the Central Conservatory of Music in Beijing, and the Zhejiang Conservatory in her hometown. As part of the residency, Wu Man gives lectures as well as coach students and lead masterclasses.