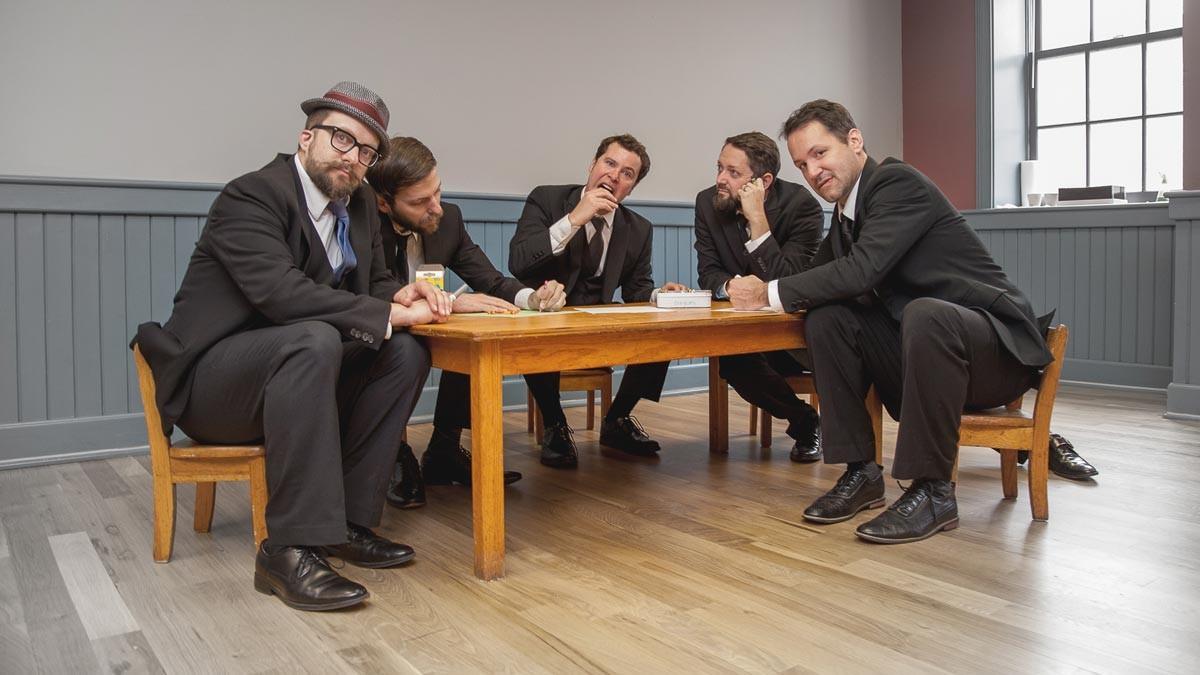 If one were to name one Savannah-based musical act that most exemplifies this time-honored, eclectic and adventurous city, they’d be hard to find a more appropriate ambassador than Velvet Caravan.

Their unique ability to subtly shift musical gears without sacrificing their integrity as composers and performers is rare indeed.

This has resulted in an envelope-pushing group that’s just as successful at dazzling jaded cocktail drinkers as they are at commanding the rapt attention of serious music aficionados in whisper-quiet recital environments. Of late, the band has even taken things a step further, by mesmerizing and inspiring even the most finicky of schoolchildren through fun and engaging music educational programming.

“Gypsy Jazz is the root of our sound and style, but we are far from being a traditional band in that genre,” explains the group’s co-founder, classically trained Venezuelan-born violinist Ricardo Ochoa.

“None of these styles are intentional,” adds Ochoa. “They’re simply a reflection of who we are individually.”

Keyboardist Jared Hall, who was raised in Iowa but made a name for himself in the adventurous roots music mecca of Austin, Tx. before relocating to Savannah, concurs with Ochoa that this mixture of influences and styles was at first unintentional, but adds that once the band members (which also include Georgia-born bassist Eric Dunn, Serbian-born guitarist and co-founder of Velvet Caravan, Sasha Strunjas, and Boston-born percussionist Jesse Monkman) realized the creative potential of their partnership, “it soon became intentional.”

Percussionist Jesse Monkman agrees wholeheartedly. “At this point in our progression as a band I don't really hear ‘genre,’” he explains. “To me, all I hear is ‘style,’ and it’s our own unique style, for sure.

“That ability comes as a by-product of our eclectic musical influences. No one in Velvet Caravan is married to a single genre of music. The only thing that matters to us as a group is finding a musical ‘zone’ where we all make the very best of whatever we happen to be playing.”

At present, the band is hard at work on writing and arranging original material for their second album, which they plan to record sometime in 2018. They are also actively booking all manner of engagements far from their home-base of Savannah, Ga. – from nightclub residencies to listening room one-nighters to featured guest appearances with small orchestras and full-sized philharmonic symphonies. The band also works with Brooklyn, NY based guitarist, Tim Clement, and San Francisco, CA based guitarist, Jimmy Grant.

“Our ability to adapt to pretty much any situation while staying completely professional sets us apart from the others,” says Dunn. “Our ultimate goal is to be a creative, successful and ever-evolving band that makes great music and puts on one hell of a show.”