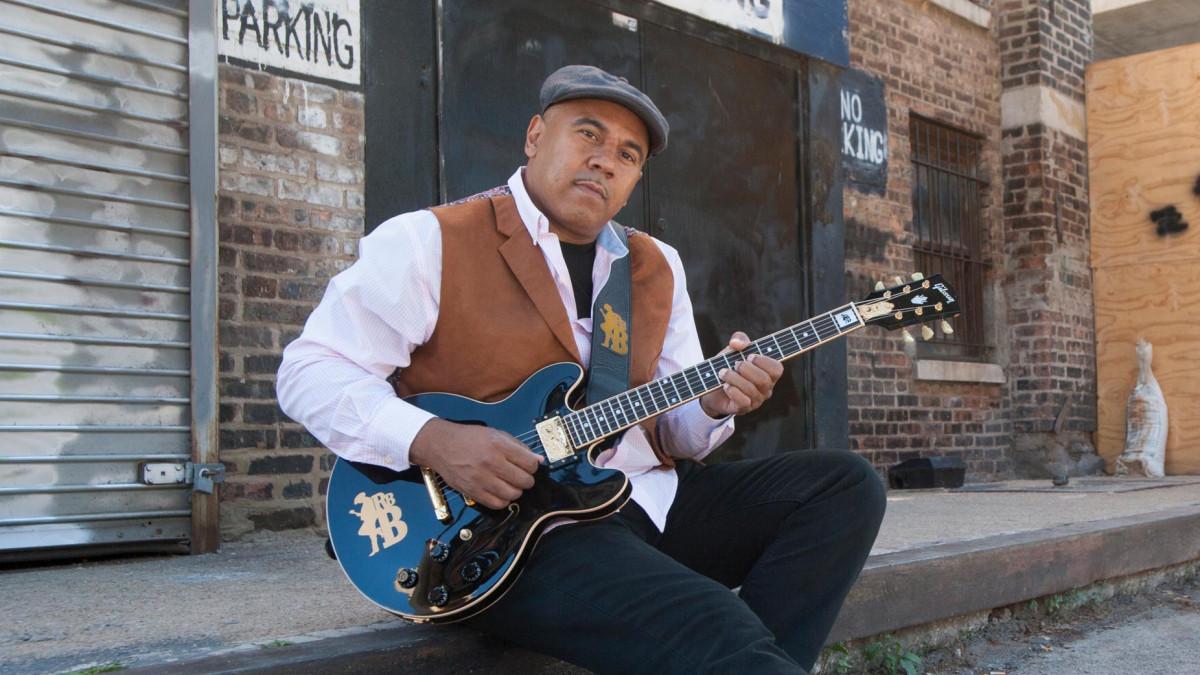 Brooks, 49, likes to treat each album he makes as a platform for him to grow, but the reality is that he’s been climbing the blues world’s latter all his life. He was born in Chicago, and started playing guitar around age six. At 19, he joined his father, who by then had influenced some of the most well-known bluesman of our history: Jimmy Reed, the Fabulous Thunderbirds, Johnny Winter, and Junior Wells. For 12 years the two would tour together, putting Ronnie out front with Eric Clapton, B.B. King, Buddy Guy, and Koko Taylor. In 1998, when he was 32, his father told him to go solo.

Baker already had a band by then, one he’d been touring on the side with since 1992. But by 1998 he’d started a label; that year he made his first album, Golddigger, 16 songs tracked out in two weeks. “My dad always said to keep writing, even if you don’t think the song sounds great or you can’t finish it,” says Baker. “Write. Continue to write. The more you write, the better you get.” Take Me Witcha came three years later; his second album on Watchdog Records. Brooks broke out as his own champion on 2006’s The Torch. The Boston Herald called it “ferocious and unrelenting … the year’s best blues album.”

In the ten years since The Torch, Brooks has started a family, toured North America and Europe, and taken feature spots on the records of other bluesmen. He produced Eddy Clearwater’s West Side Strut and contributed guitar work to albums from Elvin Bishop, the Legendary Rhythm & Blues Review, Billy Branch, and Big Head Todd.