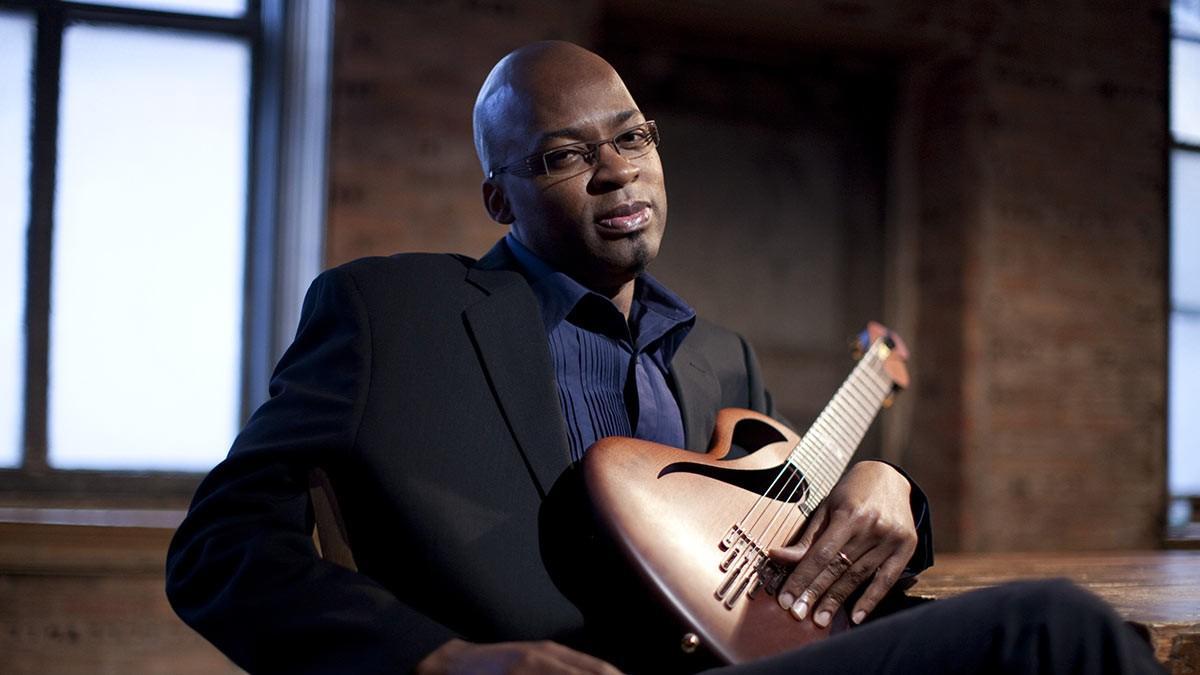 Starting out on vocals and percussion, Loueke picked up the guitar late, at age 17. After his initial to exposure to jazz in Benin, he left to attend the National Institute of Art in nearby Ivory Coast. In 1994 he left Africa to pursue jazz studies at the American School of Modern Music in Paris, then came to the U.S. on a scholarship to Berklee. From there, Loueke gained acceptance to the Thelonious Monk Institute of Jazz, where he encountered his Gilfema bandmates Biolcati, Nemeth, Parlato and other musicians with whom he would form lasting creative relationships.

Praised by his mentor Herbie Hancock as “a musical painter,” Loueke combines harmonic complexity, soaring melody, a deep knowledge of African folk forms, and conventional and extended guitar techniques to create a warm and evocative sound of his own. His previous Blue Note release, Mwaliko, offered a series of searching, intimate duets with Angelique Kidjo, Richard Bona, Esperanza Spalding and Marcus Gilmore — artists and allies who continue to have a profound impact on Loueke's vision as a bandleader.

In addition to Karibu and three previous albums with Gilfema (Gilfema, Virgin Forest, Gilfema + 2), Loueke has appeared on Terence Blanchard’s Grammy-nominated Flow (2005) and Hancock’s Grammy-winning River: The Joni Letters (2008). He has also toured the world as a member of Hancock’s band and appeared on recordings by such legends as Jack DeJohnette (Sound Travels), Charlie Haden (Land of the Sun), Kenny Barron (The Traveler) and Gonzalo Rubalcaba (XXI Century). He has also recorded with Esperanza Spalding (Radio Music Society), Gretchen Parlato (In a Dream), Avishai Cohen (After the Big Rain), Kendrick Scott (Source) and other leading peers.