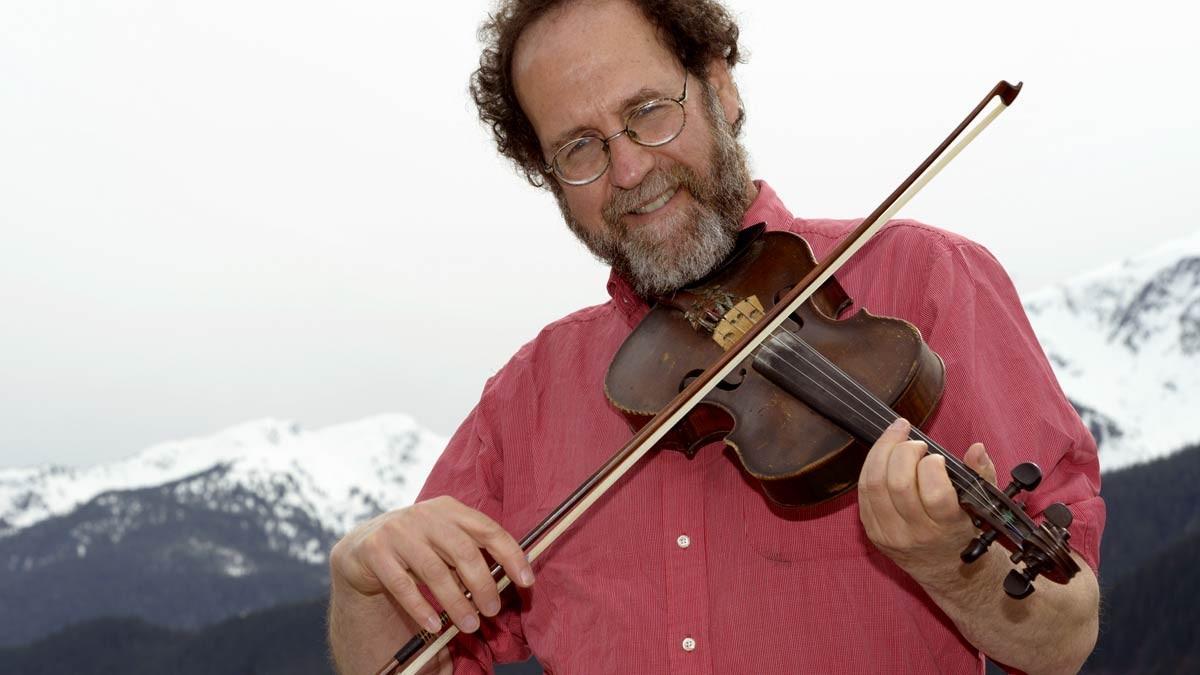 Ken Waldman has drawn on his 30 years in Alaska to produce poems, stories, and fiddle tunes that combine into a performance uniquely his.

A former college professor, Waldman has had published six full-length poetry collections, a memoir, a children's book, and has released nine CDs that mix old-time Appalachian-style string-band music with original poetry. Since 1995 he’s toured full-time, performing at some of the nation’s leading universities, festivals, arts centers, and clubs.

His most recent books are the memoir, Are You Famous? (Catalyst Book Press, 2008), which chronicles Waldman’s adventures on tour throughout the United States, and D is for Dog Team (Nomadic Press, 2009), a sequence of Alaska-set acrostic poems for young readers. Nashville Scene has called the memoir, “a travel guide for aspiring free spirits.” The University of Alaska Press, which distributes the children’s book, says D is for Dog Team is destined to “be a fireside treasure for the whole family.”

Among Waldman’s CDs are two for children, Fiddling Poets on Parade (2005) and D is for Dog Team (2009), which goes with the children’s book of the same title. On all CDs, Waldman is joined by a number of ace accompanists. Of particular note is the double CD, All Originals, All Traditionals (2006): one CD contains Waldman originals with a five-piece string band; the other CD contains Waldman and friends playing traditional tunes to Alaska-set poems.

Though he still performs solo on occasion, Waldman teams with other musicians when he headlines such venues as Freight and Salvage Coffeehouse in Berkeley, The Ark in Ann Arbor, The Millennium Stage at The Kennedy Center in Washington D.C., or else for concert series and festivals. He'll also bring a troupe of musicians for performing arts series shows.

He is also a popular visiting artist in classrooms. Using both his fiddle and a repertoire of proven writing exercises, he has led workshops in over 200 schools in 31 states nationwide, and has been a guest writer at over 80 colleges and universities, including University of Tennessee, University of Alabama Birmingham, Knox College, SUNY Brockport, and San Diego State University.