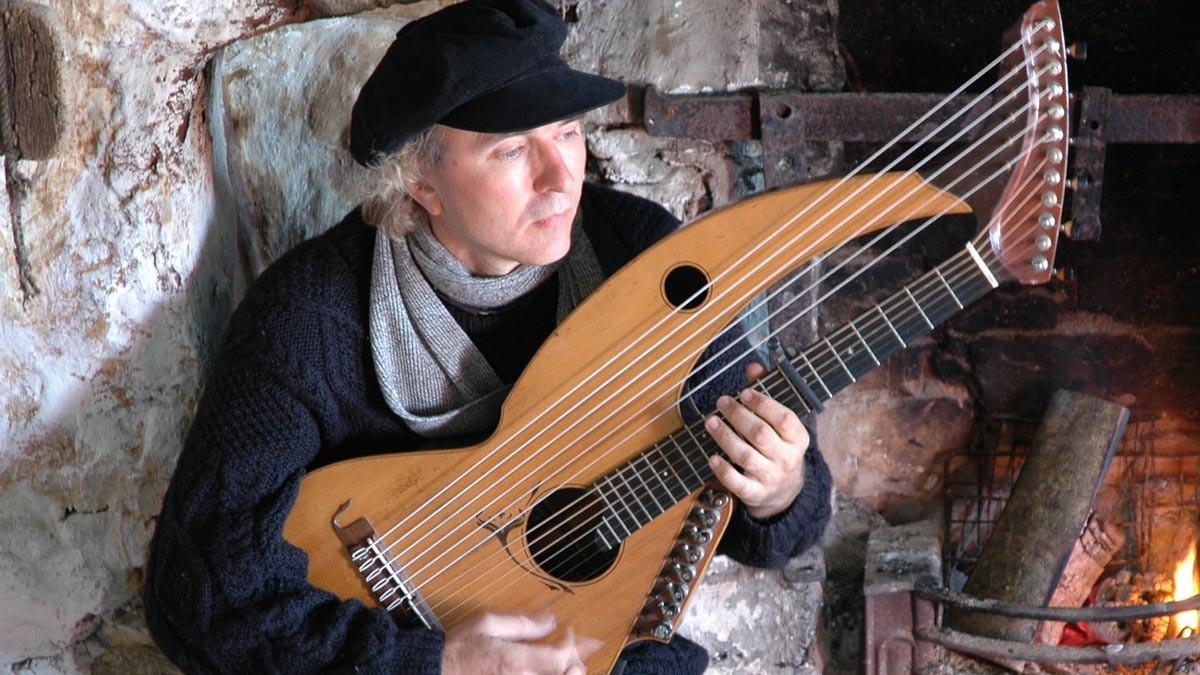 John Doan is a pioneer of a new way of playing the guitar as a master of the twenty-string harp guitar. He is also an Emmy-nominated performer, composer, public speaker, historian, instrument collector, and university professor.

He has performed with a diverse range of artists including pop star Donovan, folk legend Burl Ives, Muriel Anderson, jazz ace Larry Carlton, Mason Williams (of “Classical Gas” fame), as a member of the The New Christy Minstrels® with Randy Sparks, among others and his virtuoso playing and arranging has attracted praise from no less a guitar luminary than Chet Atkins.

Performances by John Doan are hailed as a magical and musical storytelling adventure filled with songs that sweep you away with laughter, tears, and dreams. He has performed internationally and throughout North America in concerts and at festivals including Primal Twang, Faerieworlds International Faerie Festival, Northwest Folklife, The Nordic Guitar Festival in Sweden, Lewes Guitar Festival and Brighten Festival in England, Festival International de Jazz de Montréal, The Atkins-Dadi Guitar Players Association and the Six Bars Jail Festival in Italy, and Kirchenfest in Dresden, Germany.