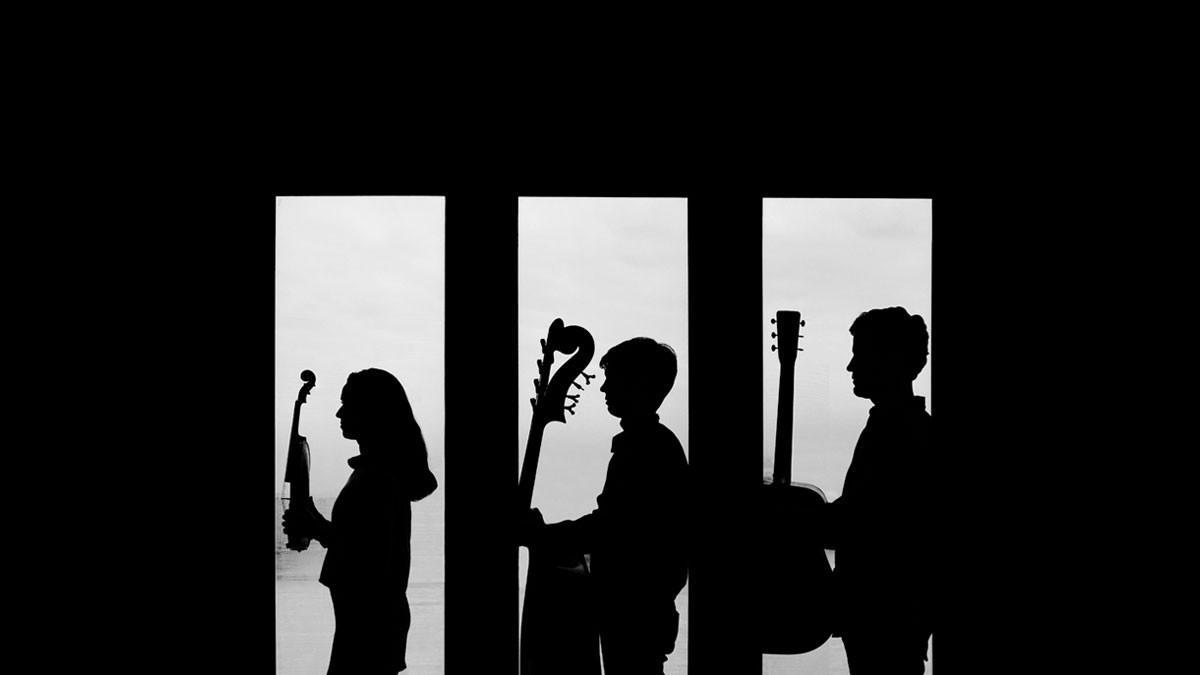 The Trio of Brittany Haas, Jordan Tice, Paul Kowert and Dominick Leslie to form Hawktail a confluence of the most exciting young voices in acoustic music today. While each member carries an impressive resume of professional experience, it is the devotion to collaboration and the pursuit of a unique group sound that sets them apart.

California-born Brittany Haas is widely regarded as one of the most influential fiddlers of her generation. She grew up honing her craft in fiddle camps nationwide, and came to her unique sound through the old time fiddling of Bruce Molsky and the innovative stylings of Darol Anger. A prodigious youth, she began touring with Darol's Republic of Strings at the age of 14. She simultaneously studied baboons in the evolutionary biology department of Princeton University and joined seminal chamber-grass band Crooked Still. She has toured with them since, and also performed with Yonder Mountain String Band, Tony Trischka, Alasdair Fraser & Natalie Haas (her cellist sister), Abigail Washburn, and The Waybacks. She played her fiddle on Steve Martin's Grammy Award-winning CD, "The Crow," and performed in his band on Letterman and SNL. She released her debut self-titled solo album at 17, produced by Darol Anger and featuring Bruce Molsky, Mike Marshall, Alison Brown and others. Currently residing in Boston, she is the co-leader of the Brittany Haas/Dan Trueman band who released their debut record "Criss Cross" in 2011. She also plays in a duo with Swedish fiddler Lena Jonsson and the avant-garde fiddle/dance ensemble 4tet.

Paul Kowert grew up in Madison, Wisconsin. Upon graduating from The Curtis Institute of Music in 2009, he joined the band Punch Brothers and moved to Brooklyn, NY. Since then the band has made two albums and toured extensively throughout the US, UK and Europe, contributed music to "The Hunger Games," "This is Forty," and "Inside Llewyn Davis," and appeared on Conan, Leno, Letterman, Jools Holland, A Prairie Home Companion, and Austin City Limits. In addition to playing with Punch Brothers, Paul has toured with Mike Marshall's Big Trio, Dave Rawlings Machine, and Haas Kowert Tice. Drawing from his extensive experience in classical music, endless pursuit of adapting traditional fiddle styles to bass, and formidable chops, he is truly one of the most original bassists working today.

Hailing from Annapolis Maryland, Jordan Tice is an innovative flatpicker and prolific composer of acoustic music. The son of two bluegrass musicians, he grew up playing with various bluegrass bands and singer/songwriters around Maryland until 2005 when he enrolled at Towson University to study music composition on full scholarship. He released his debut recording of original music at the age of 17 on Patuxent Records and has since released 2 more recordings of his music to rave reviews. He has either performed and recorded with Mark Schatz and friends, Frank Wakefield, Darol Anger, and Tony Trischka. He has been featured on the cover of Flatpicking Guitar Magazine and played the music of Steve Martin commissioned for New York City's esteemed "Shakespeare in the Park" series in Central Park in summer 2012. His album "The Secret History" (2012) features Paul Kowert on bass and Simon Chrisman on hammered dulcimer. He also performs with Tony Trischka, The Footworks Percussive Dance Ensemble, The Depue Brothers Band, Lily Henley, and Mariel Vandersteel.

Together, Haas, Kowert, and Tice have produced a body of work containing flights of improvisation and interesting compositional turns all grounded by memorable melodies and driving rhythms. The group's adventurous spirit and desire to show the audience something new is never at the expense of the most intrinsically rewarding elements of music such as the beauty of a well crafted melody or the dance-inspiring energy of a great groove.