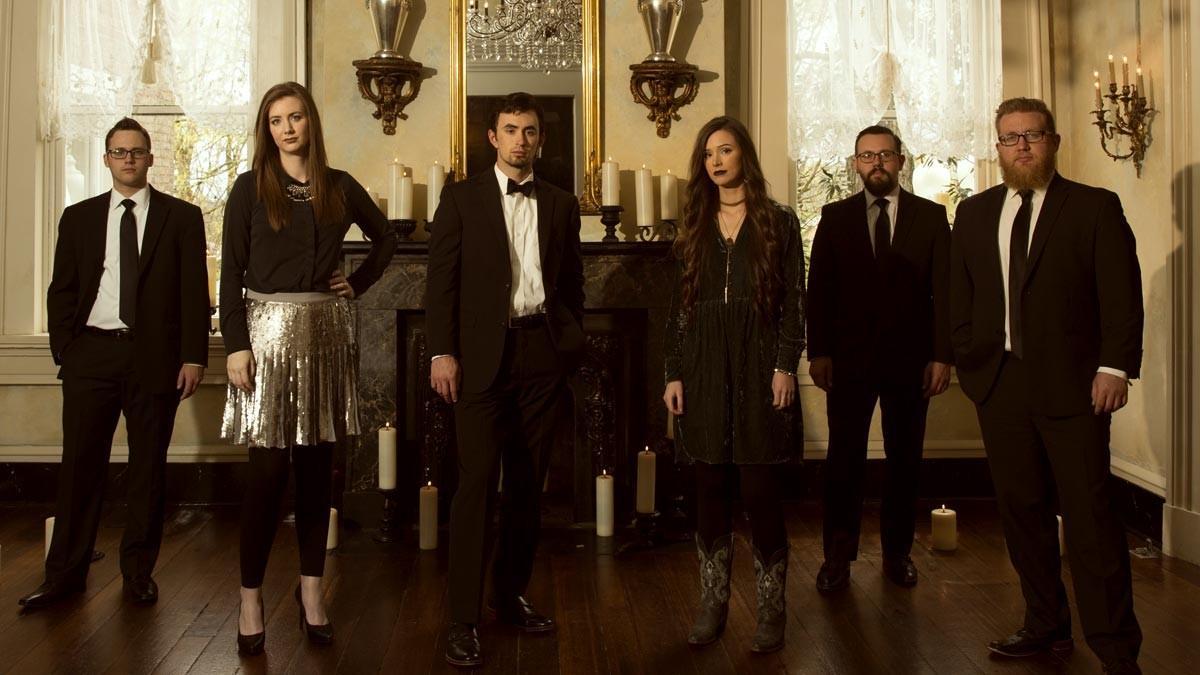 From the moment of their brilliant self-titled debut in 2013, it’s been clear that Flatt Lonesome is a musical force to be reckoned with. Multiple International Bluegrass Music Association, Society for the Preservation of Bluegrass Music of America, and Dove nominations and awards, top charting songs, Billboard charting albums, countless media appearances (including becoming familiar faces on the legendary Grand Ole Opry stage), and a demanding tour schedule, all combine in testimony to the phenomenon that is Flatt Lonesome. In the wake of three top IBMA honors in 2016, (Vocal Group, Song, and Album of the Year), and Vocal Group for the 2017 awards, Flatt Lonesome has emerged from the studio with their latest album, Silence In These Walls.

This band of six awe-inspiring musicians dug deep into a well of emotion, to expressive vocal and instrumental performances, to increasingly sophisticated songwriting, and to inventive arrangements. With a clear sense of direction, these young artists keep raising the bar on their own creative game. Flatt Lonesome owns this material through the commanding individual and collective performances of Charli Robertson, Buddy Robertson, Kelsi and Paul Harrigill, Dominic Illingworth, and Michael Stockton.