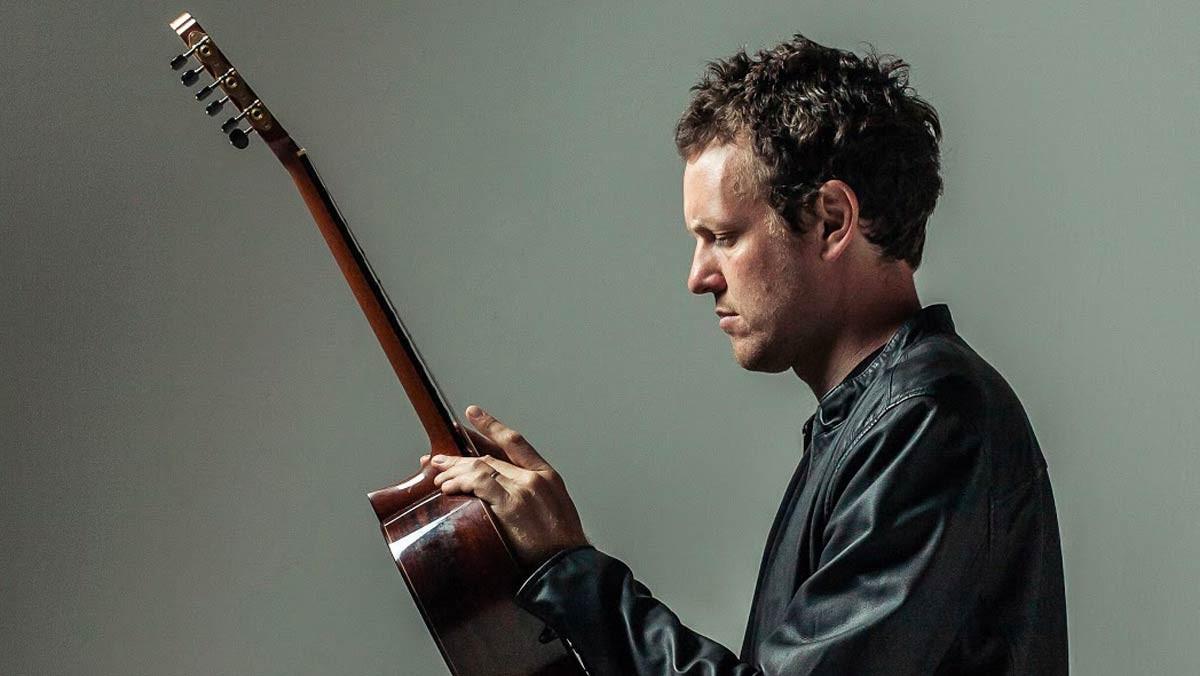 Derek began his formal musical training at the age of six on the violin. After studying classical music for the next thirteen years he began to look further afield for musical inspiration. This search took him to India where he studied South Indian Carnatic music. On his return home he began to focus on the guitar, trying to find a new direction for the instrument. He was attracted to the use of multiple layers in the music of Oliver Messiaen, the African-influenced structures of Steve Reich, as well as to guitar arrangements of the music of J.S.Bach, but it was when he met up with Cape Jazz trumpeter Alex van Heerden that he started to see that his previous studies could be used to find new directions for the music of South Africa.

After a host of groundbreaking albums which redefined the landscape of South African music, most notable being the visionary Sagtevlei with Alex van Heerden, Derek began to incorporate the music of other composers in his performances. His long-time fascination with the music of Brazilian Egberto Gismonti led to a project to transcribe this musician’s guitar music, a composer that Gripper describes as “the Heitor Villa Lobos of our time.” The result is a constantly growing collection of Gismonti’s scores and recordings, many of which have only been recorded by Gismonti himself. The Sound of Water, Derek Gripper’s recording of the music of Egberto Gismonti was nominated for a South African Music Award (SAMA) for the best Classical and Instrumental album of 2012.

In 2009 Derek began studying the playing techniques of this instrument by learning traditional Malian compositions on the kora, and two years later had a breakthrough: by using the simple textural language of the Spanish renaissance lute (called vihuela), it was possible to play the highly complex kora compositions of the great Malian virtuoso Toumani Diabate on the six string guitar, without omitting a note of the original performances. Derek Gripper’s project to create an African repertoire for the classical guitar, based on transcriptions of works by some of Africa’s greatest musicians, resulted in a growing collection of outstanding African Guitar arrangements, with works by Toumani Diabaté, Ballaké Sissoko, Ali Farka Touré, Amadou Bansand Jobarteh, South African bow player Madosini and others, bringing the guitar and the music of African to life in new and exciting ways.