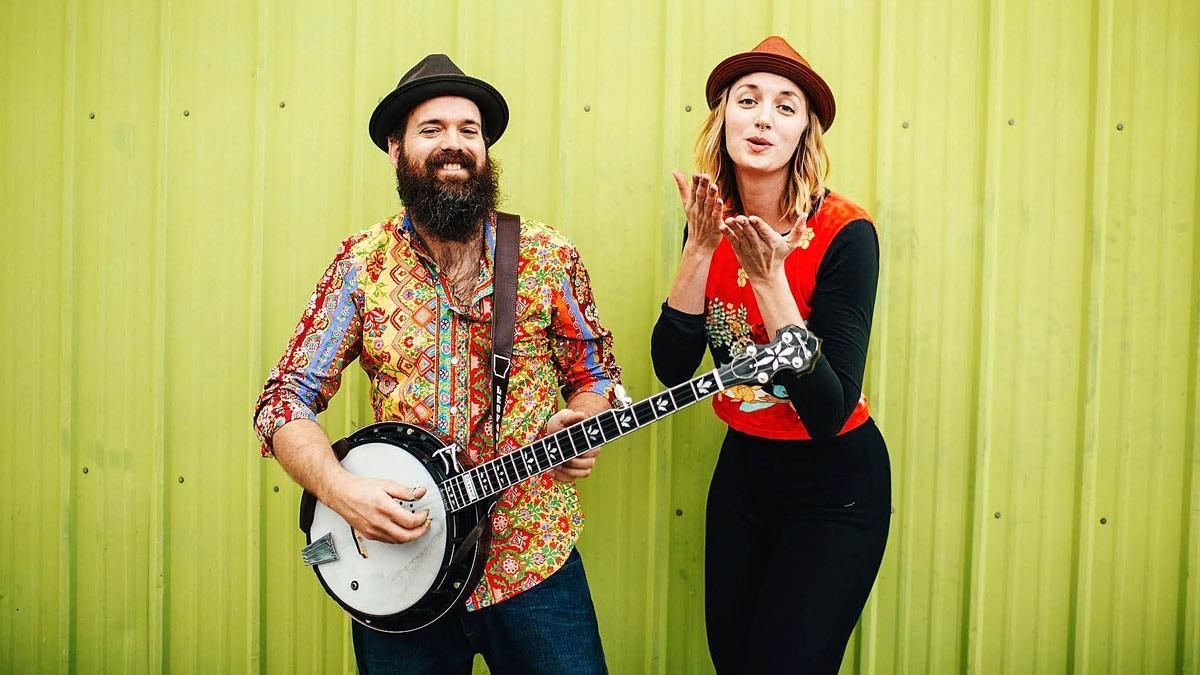 A few years ago, Dana Louise, a painter, saw a sun-soaked image of a lava pool surrounded by wild hydrangeas on a mysterious, mid-Atlantic island. She knew that she had to find a way to get there. The self-styled artist’s residency was to last for seven weeks on Flores, but transformed into a seven-month exploration of guitar and songwriting. Dana trained herself on cover tunes but quickly found that she needed to write her own songs. After returning to the states, she moved into an Ozark cabin on Keith Grimwood’s property and committed to a full time musical career. In a very short time, she  developed a complex lyrical style that’s emotionally potent and threaded through with visual imagery. Her vocals are at once forceful and softly genuine.

Enter Adams Collins, one the world’s preeminent banjo-playing vibraphonists. Training as a musician in college, Adams picked the heaviest, most complicated, most cumbersome, least girl-attracting instrument to master. His passion for the twang of the banjo worked its way into his musical life. Adams has played in jazz, bluegrass and Americana bands, weaving warm, intricate textures into a variety of different musical ensembles. Last year, Adams and Dana began performing as a duo locally and regionally.

Meanwhile, Trout Fishing in America, the duo comprised of Ezra Idlet and Keith Grimwood, was expanding its record company. The focus has been on emerging songwriters. Dana Louise & The Glorious Birds seemed like a natural fit for the label. In the course of producing the album, Keith and Ezra found themselves recording with the band.  With Ezra on drums and percussion and Keith on bass, they  rounded out The Glorious Birds to form the beat that underpins the band’s unique sound. The combination of youth and experience, along with the vibrant family connection, make for exhilarating live shows.