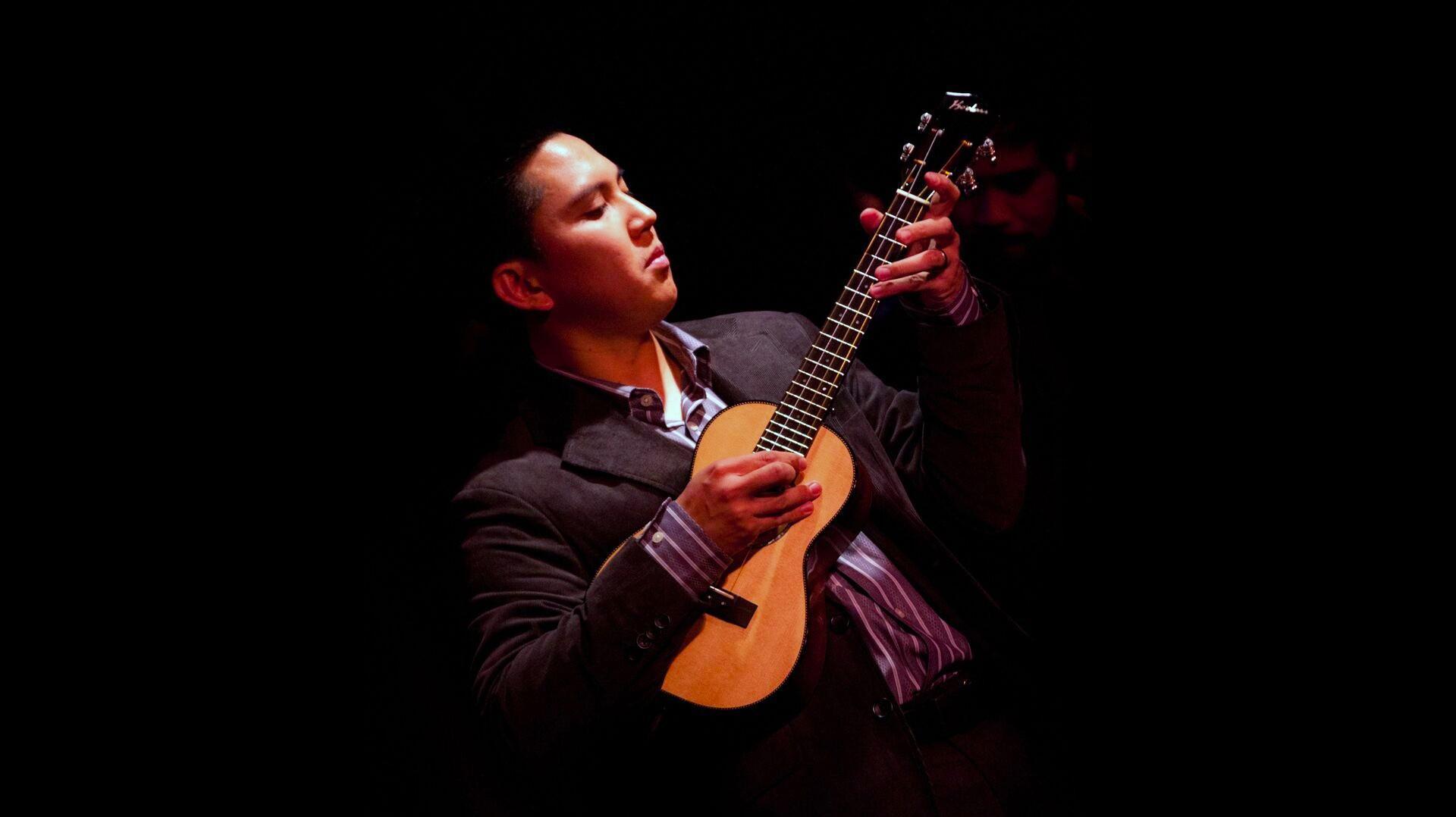 Abe Lagrimas, Jr. is a versatile multi-instrumentalist who begun his musical journey when he first sat behind the drums at the age of four. As he learned more about drums and music, Abe gained an interest in other instruments as his career progressed. Predominantly known as a drummer, Abe is highly proficient on the vibraphone and the ukulele and continues to perform throughout the world on all three instruments and in many different musical situations.

He has performed with a variety of notable artists such as Eric Marienthal, Eric Reed, Azar Lawrence, Dontae Winslow, Kamasi Washington, Bill Mays, Jon Irabagon, Michael Paulo, Lalo Schifrin, Gabe Baltazar, James Morrison, Benny Rietveld, Jake Shimabukuro, James Ingram, Michael Ruff, Valery Ponomarev, Barbara Morrison, Kenny Endo, and Michelle Coltrane. Abe is also a regular member of groups On Ensemble, Phat Cat Swinger, Nutty, Waitiki, Don Tiki, The North, Bop Tribal, and serves as the musical director for Los Angeles-based vocalist Charmaine Clamor. In addition to touring throughout the United States and Korea, Abe has performed in Japan, Hong Kong, China, Malaysia, Philippines, Thailand, Mongolia, Australia, Mexico, Canada, Finland, Germany, Serbia, the Czech Republic, and South Africa. He served as the drummer for the Broadway hit musical RENT in Hollywood’s Hudson Theater, which ran for two months in 2011. In September 2012, Abe was one of twelve semi-finalists to compete in the Thelonious Monk International Jazz Drums Competition. The competition is the world’s most prestigious competition of its kind and has a reputation of breeding the next generation of top jazz artists.