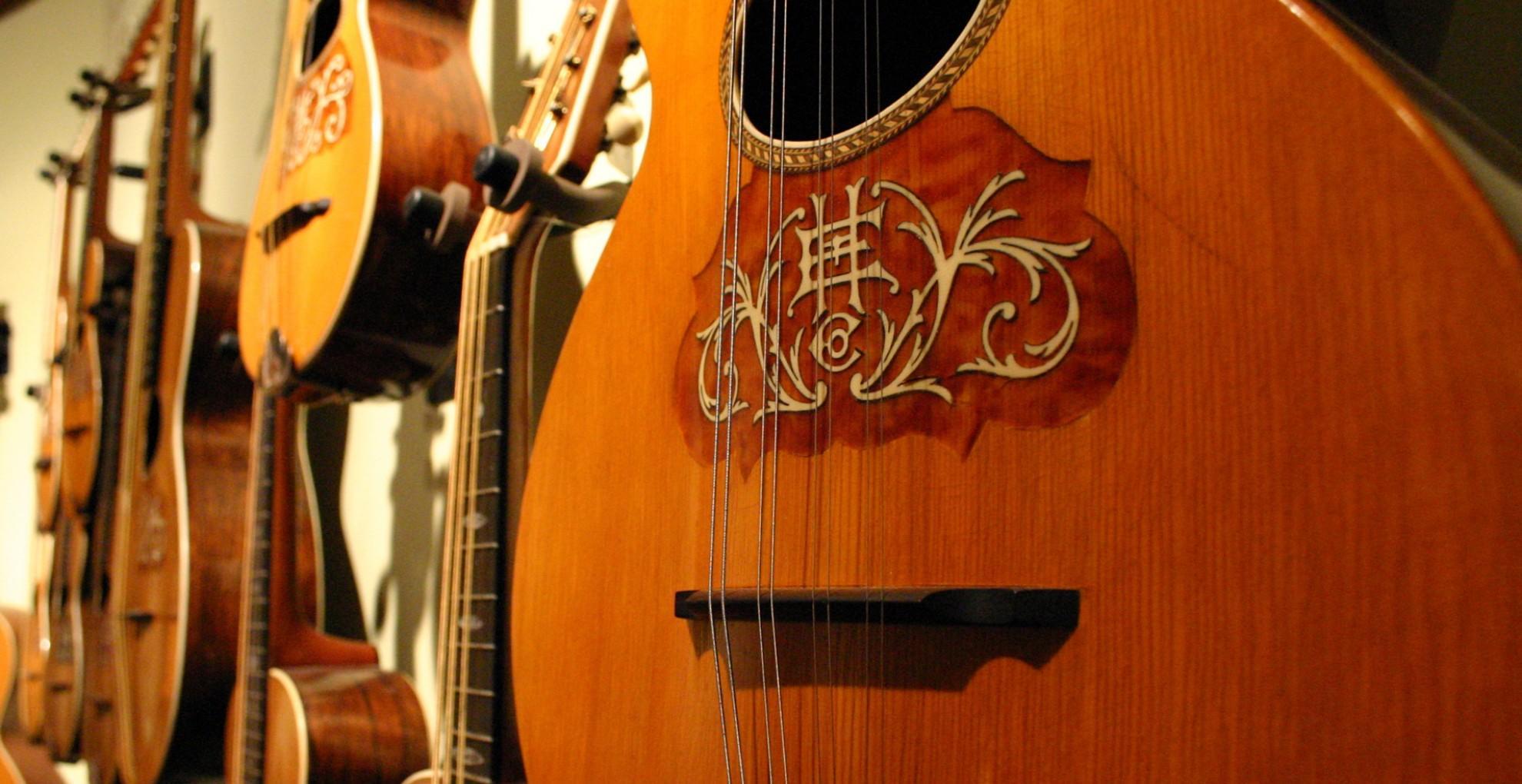 The Howe-Orme instruments were manufactured for a relatively short time from 1897 until about 1910 but many have survived to this day and are becoming highly valued. The secret to the sustained appreciation of these instruments is in the high quality of their craftsmanship and construction, and in their very impressive visual appearance expressed through the beautiful work of pearl inlays and engravings and graceful forms of their body design. The Howe-Orme instrument family comprises several models of guitar and an entire mandolin family including mandolin, tenor mandola, octave mandola, and cello mandola. The multiple sizes of mandolins were analogous to the members of the violin family and were very innovative for the United States market of the time. The mandolin and tenor mandola are tuned to the same pitch as a violin and viola, while the octave mandola is tuned an octave below the mandolin and the cello mandola is tuned like a violoncello.

Howe-Orme instruments were awarded a series of patents for the uniqueness of their functional design features and style. The hallmark of the Howe-Orme instruments was the “raised longitudinal belly ridge” that appeared on both mandolins and guitars. The geometry of these cylindrical arches made the instruments stronger in the direction of the string pull, and thus made it possible for the top to be significantly thinner. The arch was probably created through some sort of steam pressing process after the rosette and pickguard were attached, but before the bracing (carved to match the arch) was attached. Both mandolins and guitars incorporated horizontal “ladder bracing” as opposed to “x-bracing,” a system which gained favor over the years and now has become the preferred system for bracing steel string guitars.

Another unique feature of the Howe-Orme design is the patented adjustable and detachable guitar neck. One of the patents describes it as “a ready means of adjusting detachable necks of guitars, banjos, mandolins and other stringed instruments of a similar nature.” As a Howe-Orme sales catalogue advertised, this design enabled the guitar player to adjust the strings the proper distance from the fingerboard to suit any particular style of playing and thus to obtain the best effects. We have found this design used in only two situations: in the Orme and Howe-Orme guitars, and in the modern guitars of luthier Rick Turner here exemplified by his guitar “Ms. Antartica” designed and built for Henry Kaiser to take to Antarctica on a National Science Foundation Artist in Residence Grant in 2002. Also of a special interest is a the incredible size of the largest of the Howe-Orme guitars which was far beyond the size of the parlor guitars of the era, and which predated the size of a Martin 000, 12-fret guitar.

In addition to visible unique features of the Howe-Orme design, we have also uncovered the hidden patented experimental system of construction that enhanced the quality of the guitar tone. The body of the guitar displayed at right may be the prototype guitar described in U.S. Patent No. 508 858 from 1893 filed by James S. Back. It features the highly unusual inner floating resonating construction that is a cross between a folded horn and a second top. Among Howe-Orme aficionados, no other guitars have been found with this inner resonating chamber. This guitar does feature the carved "ladder" cross bracing of the top found in all other Howe Orme instruments, and so we can only speculate that while the cylinder top and bracing proved successful, the inner parts were not worth the trouble for a production instrument.