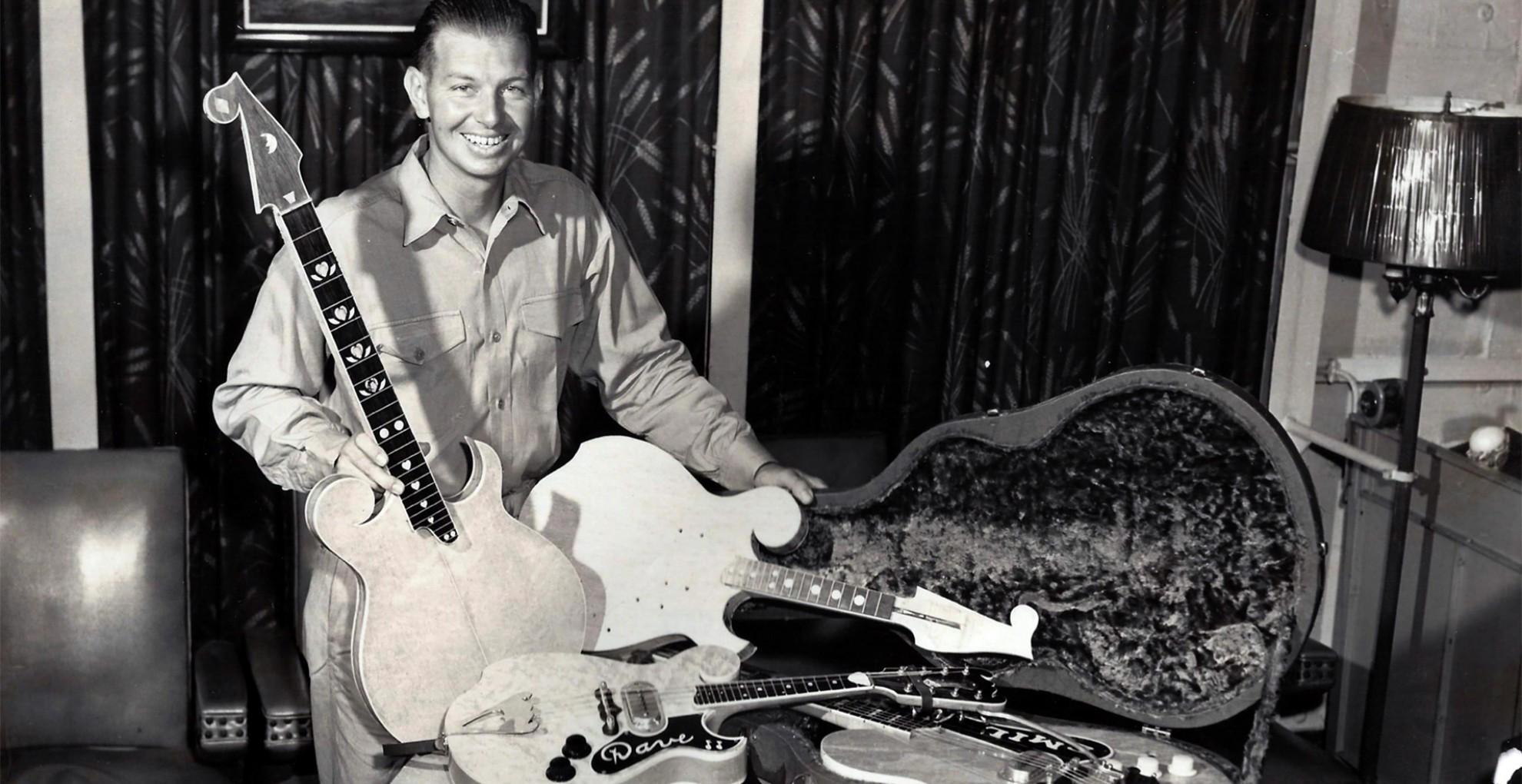 San Diego was not immune to the post-World War II guitar craze that swept America. At a time when many guitars were manufactured in the Midwest or back East, a few independent Southern California luthiers were building custom guitars of exceptional quality.

In his San Diego garage, Walter James ‘Jim’ Harvey, a Chief Metalsmith in the United States Navy and son of a carpenter and cabinetmaker, used simple tools to build at least a dozen customized, professional-grade stringed instruments and cases.

Sometime around 1950, Harvey visited the Bostonia Ballroom in El Cajon, a popular stop on the West Coast country western music circuit. It was there he met Paul Bigsby and his groundbreaking electric solid body guitar. When Harvey began designing and building his own instruments, his choice of materials and execution clearly show a Bigsby influence. Customization is a strong theme in Harvey’s work thanks to the influence of San Diego’s early country western music community and their tendency to personalize their instruments and accessories.

During a fevered decade of instrument building, Harvey entertained the idea of building a business out of his hobby, but a full-time Navy career and a busy family life took precedence. Many of his instruments, like the Double Neck, were specifically built for others by request. Others, like the Family Guitar and the Gambler’s Guitar, are the result of personal preference, curiosity, and experimentation.