Join us for an evening of music with luthier/guitarist William Eaton and renowned flutist R. Carlos Nakai.

Eaton and Nakai have been collaborators since 1986. Their first three recordings on Canyon Records received critical acclaim, including the GRAMMY-nominated Ancestral Voices for Best Traditional Folk Album in 1994. In 1995 with percussionist Will Clipman, they released Feather, Stone and Light which received the Critic’s Choice Award in Billboard Magazine. Their album Red Wind earned a NAMA (Native American Music Award) for Best Instrumental Album of the Year .

Eaton designs and builds innovative guitars and stringed instruments and is a founder and Director of the Roberto-Venn School of Luthiery, in Phoenix, AZ. William’s one-of-a-kind instruments have been featured in major museums, books, magazines, and art exhibits. A four-time GRAMMY nominee Eaton has recorded 16 albums for Canyon Records and tours nationally and internationally. He has also produced and recorded several award winning albums in his Wisdom Tree Studios in Sedona, including: Electric Harp Guitar Group, Ananeah, and Quiet Fire Trio.

William has worked towards environmental activism since the 1980s and is a founder and director of Sustainable Arizona. He is also the founder of Wisdom Tree Institute, an online resource collective that explores the relationship between humans and trees, with a focus on luthiers and artisans who use wood as the primary material for their art and craft.

Of Navajo-Ute heritage, R. Carlos Nakai is the world’s premier performer of the Native American flute. Originally trained in classical trumpet and music theory, Nakai was given a traditional cedar flute as a gift and challenged to see what he could do with it.

Nakai began playing the traditional Native American flute in the early 1980s and has released more than 50 albums in his career (with 40 on the Canyon Records label).  Nakai has earned two gold records for Canyon Trilogy and Earth Spirit. In 2014, Canyon Trilogy reached Platinum status, (over 1 million units sold), the first ever for a Native American artist performing on a traditional instrument.  In addition to solo appearances throughout the United States , Europe and Japan, Nakai has worked with guitarist William Eaton, flutist Paul Horn, pianist Peter Kater, composers James DeMars and Phillip Glass and various symphony orchestras.

While well grounded in the traditional uses of the flute, Nakai has explored new musical settings including new age, world beat, jazz and classical.  His cross-cultural collaborations have included Tibetan flutist, Nawang Khechog and Hawaiian slack-key guitarist, Keola Beamer, as well as a Japanese folk group, Wind Travelin’ Band.  He has recently begun working again with his world-beat jazz group, the R. Carlos Nakai Quartet, including Will Clipman on percussion, Amo Chip Dabney on keyboards, and saxophone, and Johnny Walker on bass.

Carlos has earned eleven GRAMMY nominations and 10 NAMA awards, a Governor’s Arts Award, and an honorary doctorate from NAU. 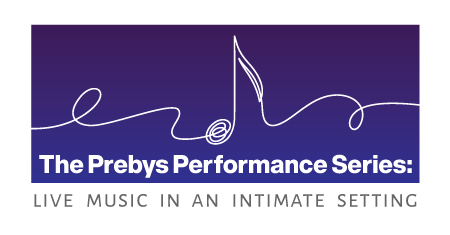